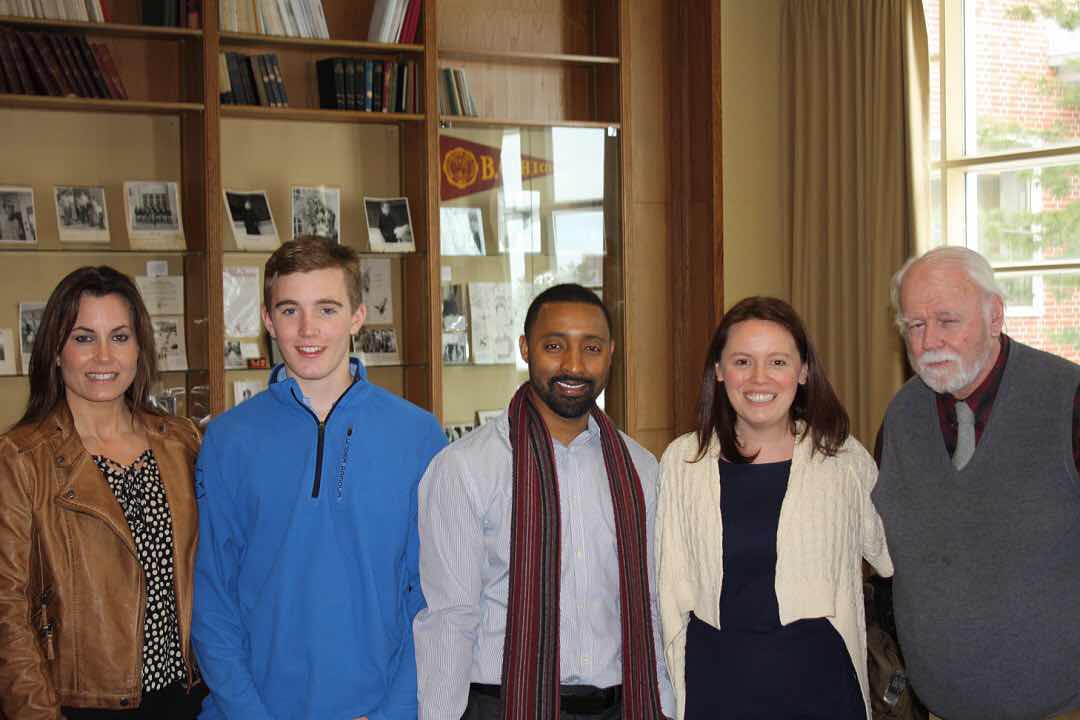 On Wednesday, Parfait Gasana co-founder of the Kigali Reading Center was a guest speaker at BC High in Boston Massachusetts where he was invited to speak on the 1994 genocide against the Tutsi in Rwanda. In his remarks, Mr. Gasana said that Rwanda had made tremendous progress in building inclusive political and economic institutions over the last two decades.

Saying that, it took pragmatic leadership to put Rwanda on a sustainable path. He reminded students at BC High that as the commemoration of the 21st anniversary of the genocide against Tutsis nears, “it is important to not lose sight of the fact that there exist people who deny that the genocide really did take place in Rwanda. He said that those who want to promote these views can be found even here in the USA” when these are confronted with indisputable facts, they change the story and talk of a double genocide despite the established fact that the genocide in Rwanda targeted defenseless Tutsis and some moderate Hutus.

Mr. Gasana concluded his remarks saying, “yes, the genocide took place in Rwanda and it was perpetrated against Tutsis, and this has been established, and that the fact that BC High was learning about Rwanda was one way to combat those whose views seek to tarnish the memories of the victim of the 1994 genocide.